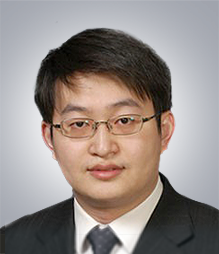 William Lu (Lu Xuan), is currently managing partner of FuGuan Law Firm. He is also board chairman of Legal Center for NGO (“ForNGO”). He has been practicing as a professional lawyer since 2002 and had worked for Mayer Brown, Shanghai office for 12 year since 2004. William is a lawyer in non-profits, charities, FDI, M&A and real estate laws.

William has had 16 years of experience working as a volunteer and NGO leader since 2003. In 2012, he established ForNGO, as a founder, a legal center that runs capacity building seminars for NGOs and conducts academic researches on NGO laws in China. William graduated from Fudan University with a L.L.B. degree in 2002 and subsequently received a L.L.M. degree from East China University of Political Science and Law.